The corner brackets and hinges, which are often forged over acanthus leaf motifs, are also asymmetrical and are attached to the window with hand forged nails. Often the windows of the Rococo style are framed by plaster-decorations, with motifs of seashells and corals.

The edges of the casements are profiled to fit seamlessly with the frame, mullion, and transom, which makes the window more rain– and windproof than earlier windows. The windowpanes are either made by the crown glass or cylinder glass method. 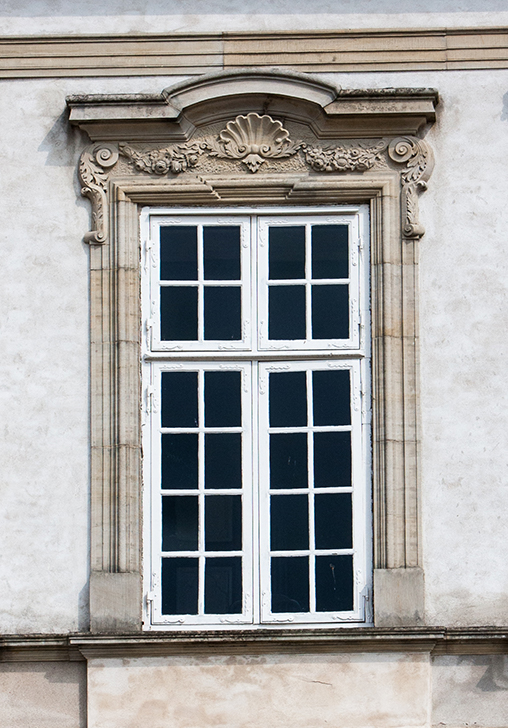