Crown glass - a large disc of glass – is named after the crown-shaped mark in the middle of the disc. The earliest finds of crown glass date back to 8th century Syria. However, the technique was not in widespread use until it was refined by French monks in the 14th century.

Crown glass is made by first collecting a mass of molten glass on the end of a blowpipe, where the mass is shaped and blown to form a large balloon. Once the balloon reaches the right size and thickness, it is opened and unfolded. The balloon is opened by attaching a pontil – a solid iron rod – opposite the blowpipe before carefully breaking off the pipe, leaving the balloon open. The pontil is then used to rotate the glowing, heated glass – making use of centrifugal force - to stretch the glass into a large circular disc of glass. When the pontil is finally broken off, it leaves a crown-shaped mark in the middle of the disc.

Before the glass can be used in a window, the disc is cut into smaller pieces. These were either rectangular or small diamond-shaped pieces surrounding the crown. 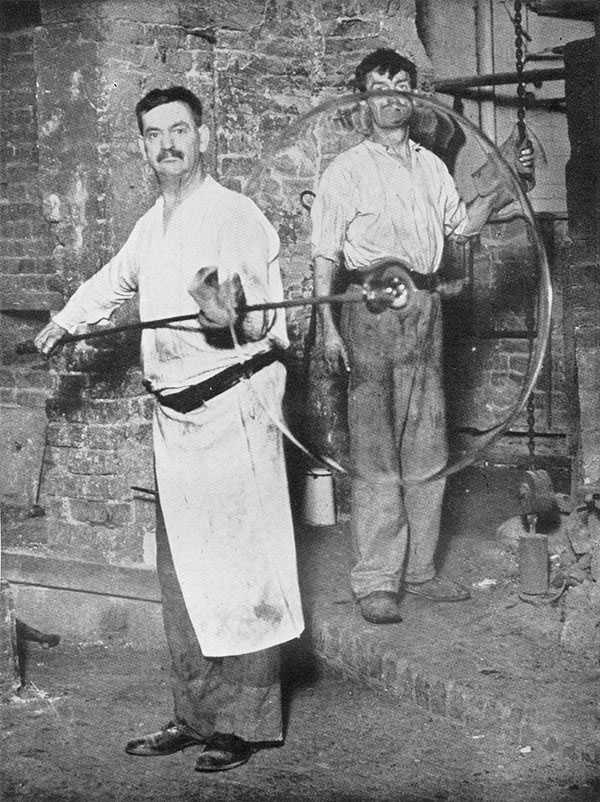