Window from the architectural period Baroque, ca. 1660-1750. A typical Baroque window is a crossbar window with four side-hung sashes of equal size. Its rigid horizontal and vertical symmetrical composition is one of its defining characteristics. In Danish, the Baroque window was called an English window by its contemporaries – most probably because the window style arrived in Denmark via England. However, the Baroque style was heavily influenced by Germany.

The Baroque window's robust window posts call to mind the stone mullions of the Renaissance. The sashes are fastened to the posts with ornately decorated corner hinges. 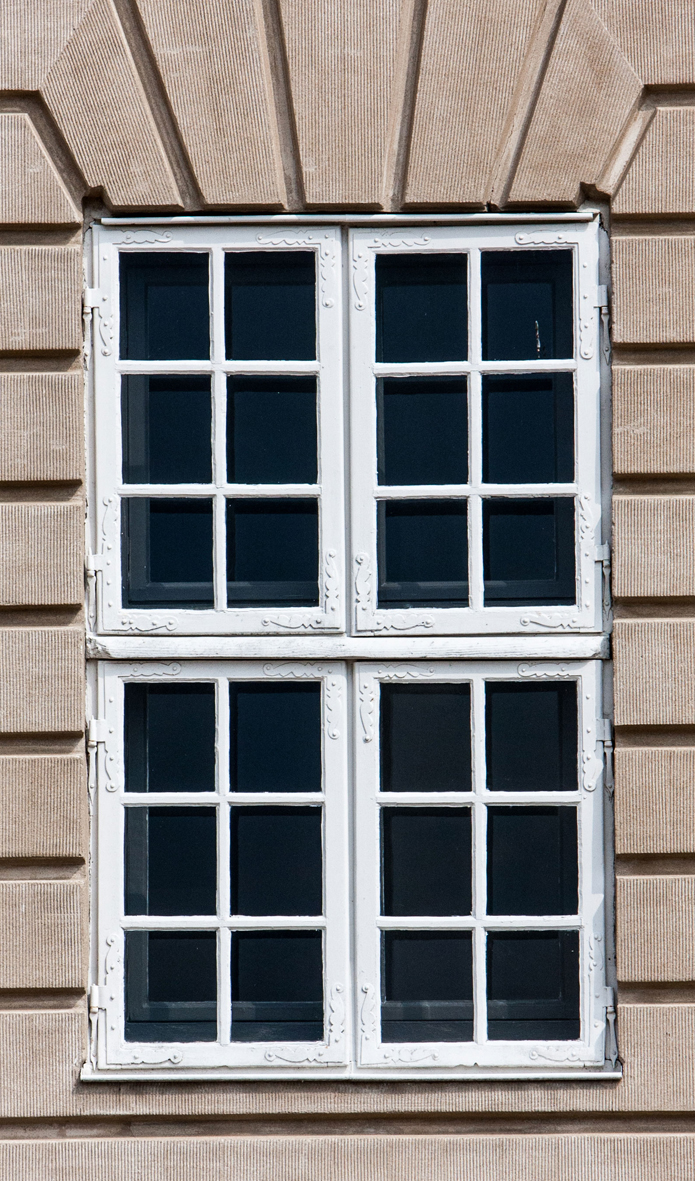