Most vikings lived on farmsteads, which were often fenced in. The farmstead was built around the dwelling house – the longhouse – which was also the centre of the farmstead. Various other buildings and functional areas could be present; these might include outhouses, sheds, stables and workshops.

Viking houses were built with wood. The longhouse's bowed walls gave them a ship-like ground plan. The walls were wattle and daub or constructed with wooden planks placed vertically in the ground, which supported the roof together with two rows of posts on the house's interior. Sloping posts were sometimes used for support on the house's exterior. The roofs were slanted and could be thatched or wooden, and sometimes wooden shingles were used.

There was an oblong hearth where food was made – called the long hearth – in the centre of the house. Along the longhouse's walls were benches where the vikings sat and slept. If there were no separate stables on the farm, animals were held on one end of the house.

Viking Age windows
Viking Age houses had no chimneys; instead, smoke from the fire escaped through an opening in the roof called a smoke hole, or an opening in the house's gable called an owl hole. The smoke hole in the roof also allowed daylight to enter the house, and it was also called the wind eye, or vindauga in Old Norse: ’vind’ meaning ceiling, and ’auga’ meaning eye. Over the course of the Viking Age, the wind eye became a wooden frame over which a translucent intestinal membrane had been stretched, and it began to wander down the roof, probably to allow more daylight to enter the rooms. Evidence of the first apertures in vertical façades is from 870, from an excavated house in Hedeby. It was probably also covered with an intestinal membrane.

When Danes conquered large areas of England in the Viking Age, they left their mark on the building traditions there; thus, the Old Norse word ’vindauga’ entered the English language, eventually becoming the ’window’ that we know today.

The first wooden stave churches were built in the Viking Age. They probably had windows with coloured and painted glass panes, as glass panes and lead glazing bars were introduced. 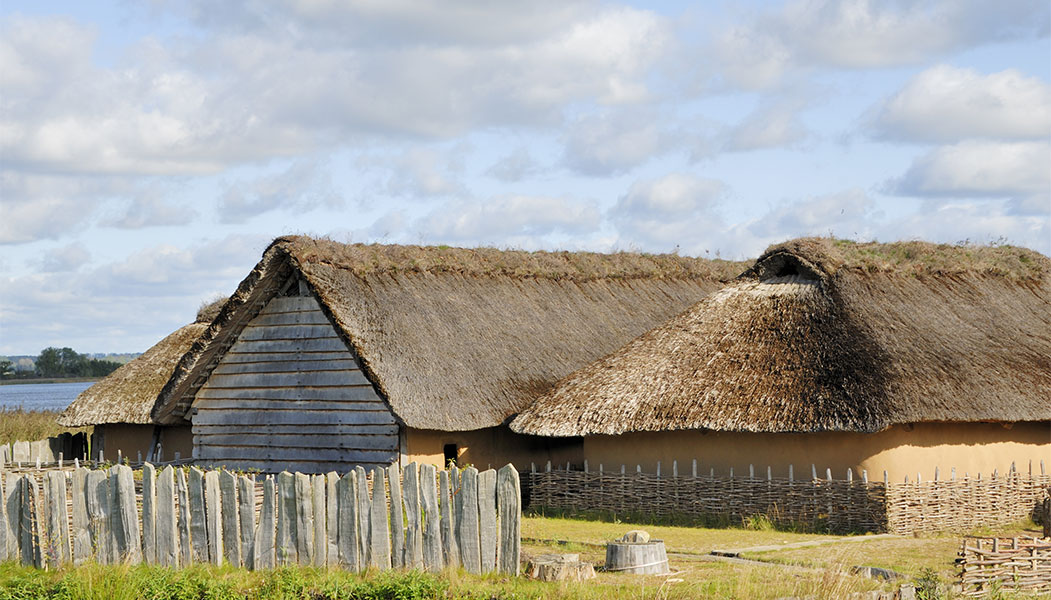 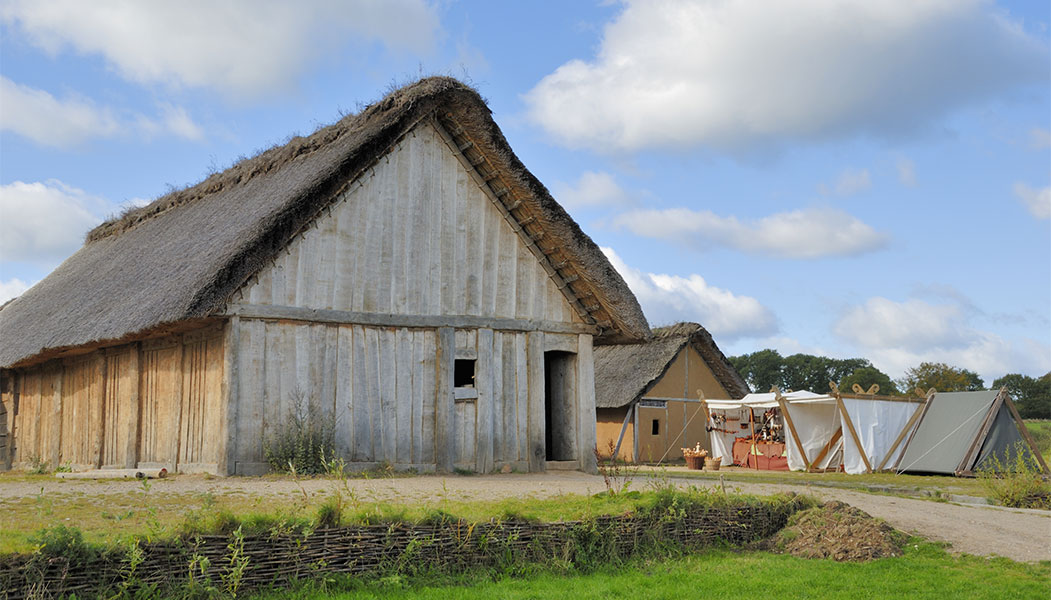