Agricultural settlements began to appear in Denmark around 4000 BC. No longer nomads travelling between hunting and fishing locations, people instead remained in one place, cultivating grains and keeping animals.

Over the course of the following centuries more and more permanent dwellings were built. Houses were dispersed across the landscape; people had not yet begun living in villages. Stone Age dwellings were two-naved longhouses with a row of robust posts in the middle to support the roof. Often, the walls were wattle and daub. The two-naved dwellings were five to seven metres wide and could be up to forty metres long.

Some of the longhouses had a smoke hole, or an opening in the ceiling above the hearth in the centre of the room.

If the opening was located in the gable, it was called an owl hole. 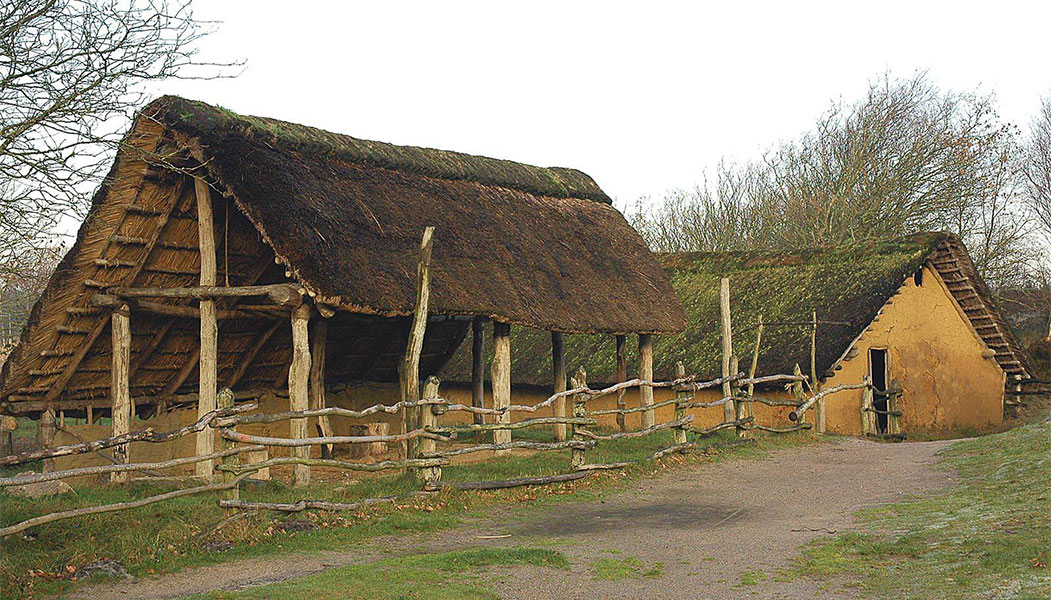