In the last centuries BC, people began living in farming settlements, and the three-naved longhouses were located close to one another. The settlements were sometimes encircled by a hedge or fence. Individual dwellings were larger and sometimes had an extra fence, which indicates that societal classes were emerging, with an upper class of wealthy farmers.

Thousands of houses from the Iron Age have been found in Denmark. They are quite similar to the three-naved longhouses with wattle and daub walls from the Bronze Age. In the early years of the Common Era, houses became larger, and structures such as hay barracks, storage sheds and other labour-related buildings were built. Some houses were incorporated living spaces, stables, and hay storage in a single building, and were thus remarkably long. Due to the scarcity of wood in north-western Jutland, wattle and daub walls were often substituted with turf walls that were a metre thick or more.

Houses in the Iron Age had a smoke hole – an opening over the hearth in the centre of the room. Smoke holes are also called wind eyes or vindauga (Old Norse)  – ‘vind’ meaning wind or roof, and ‘auga’ meaning eye or opening. If the opening was located in the gable, it is called an owl hole.

Originally, smoke holes were left completely open, but in order to provide protection from the wind, cold, and rain, the hole was covered with wood and could be opened and closed from inside. In order to let in light, the wood was eventually replaced by frames covered with translucent material, for example parchment – a thin, light dried and polished animal skin – or very thin membranes from organs such as the bladder or the amniotic sac. 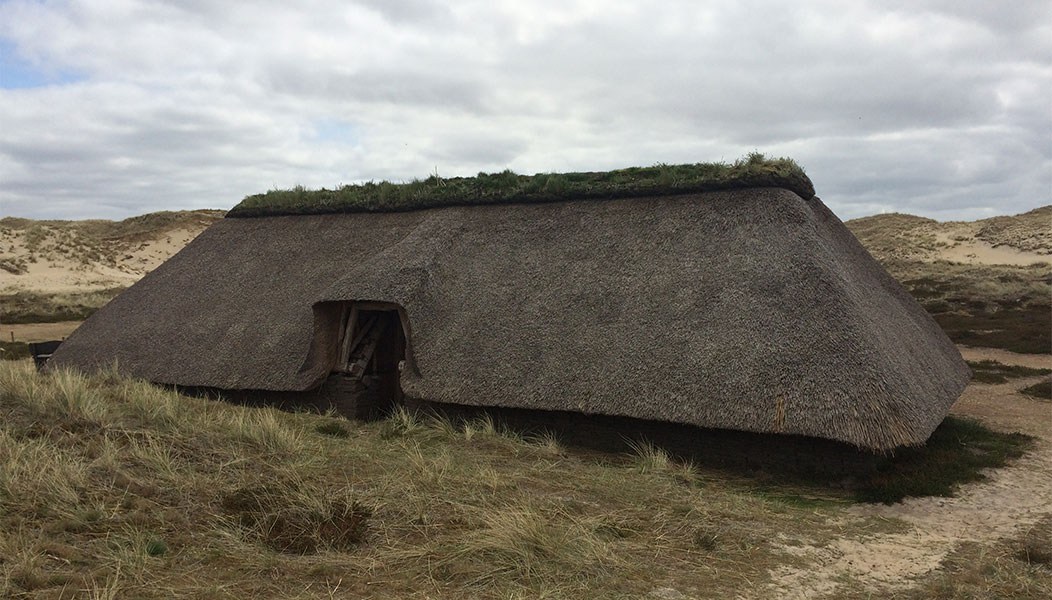 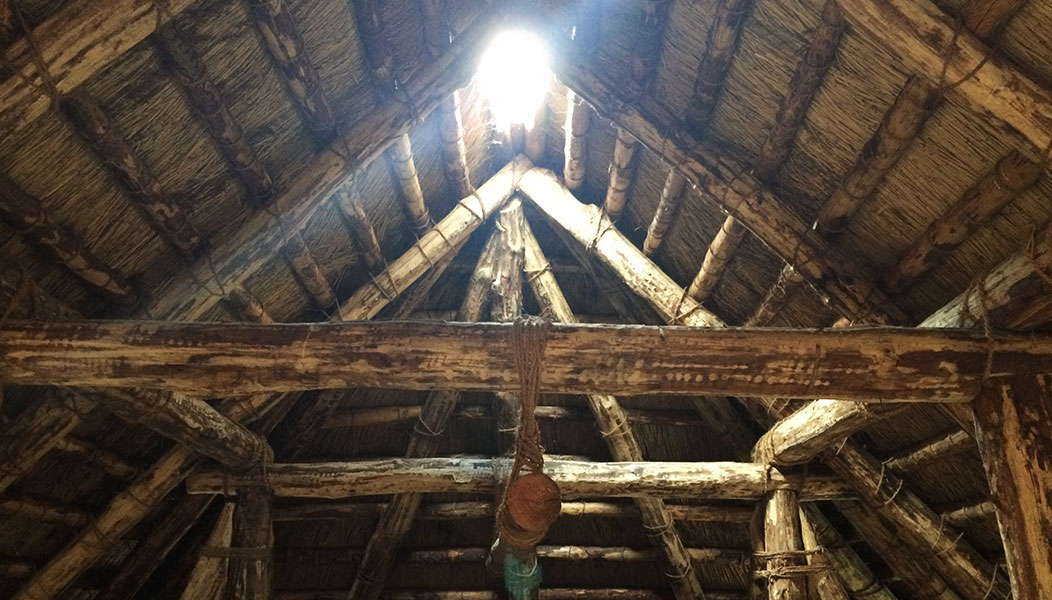 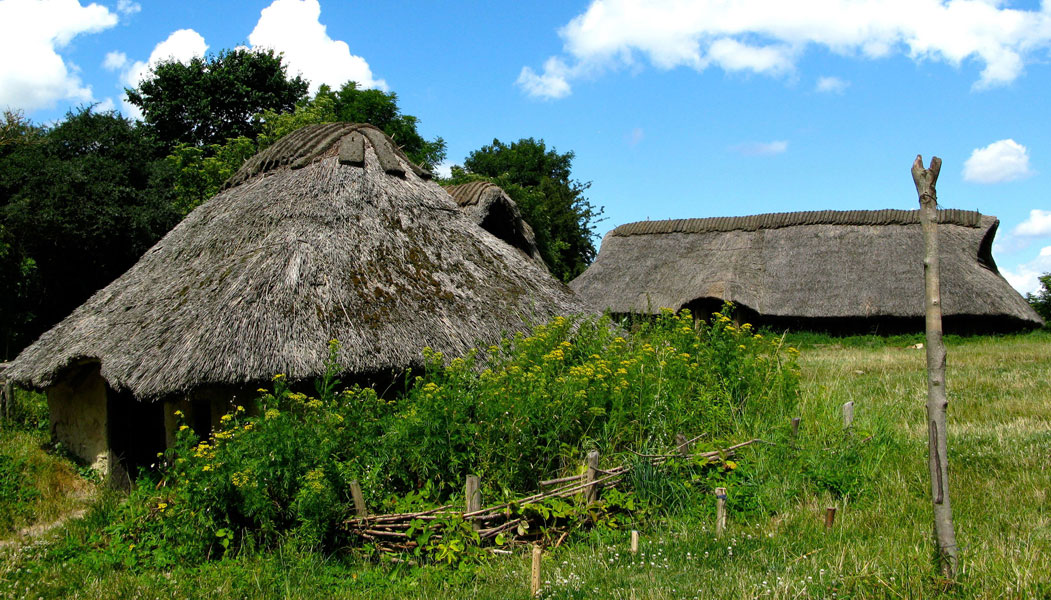 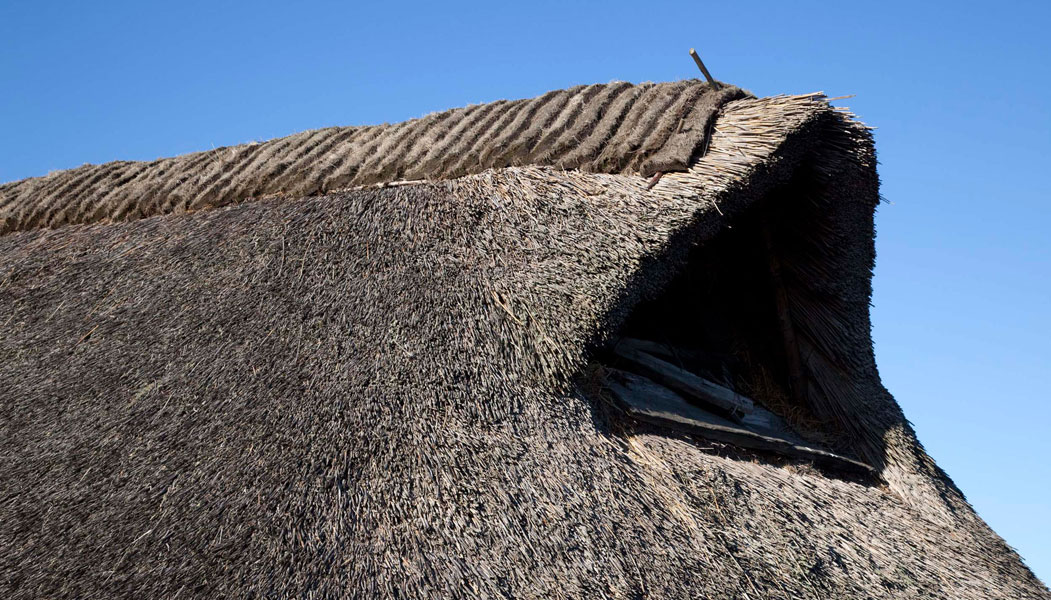