The French chemist and artist Èdouard Benedictus got the idea for laminated glass in 1903.

While working in his laboratory, Benedictus accidentally knocked over a glass bottle, which broke but did not shatter. The bottle had contained a cellulose nitrate solution that had coated the inside of the bottle. Benedictus developed his discovery further, and in 1909 he filed a patent for the world's first laminated glass, which consisted of two layers of glass, between which was a plastic film. Laminated glass has since been used for safety glass in the construction and automobile industries. 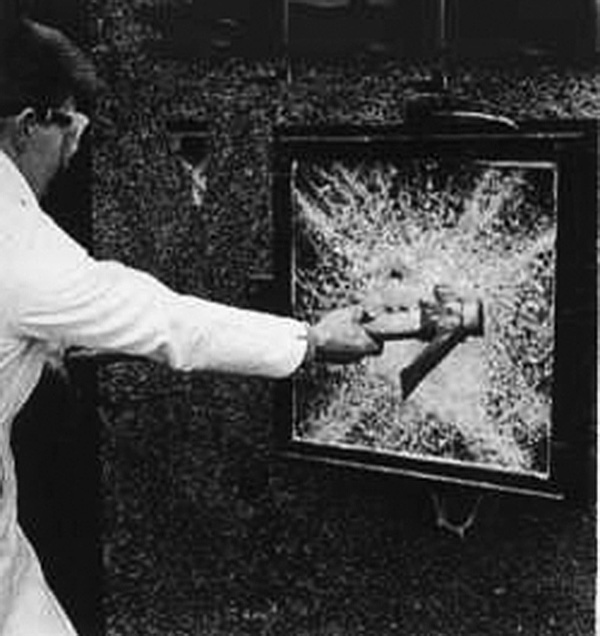