The early Neoclassical window has small windowpanes set in wodden muntins and resembles the windows of the Rococo with a similar asymmetrical division between the upper and lower casements. The transom and mullion are slender and finished with a simple cavetto moulding. The interior and exterior fittings are very simple and without decorative elements.

In 1803, the Norwegian glass monopoly was suspended in the Danish-Norwegian Monarchy and window glass no longer had to be transported from Norway to Denmark. This allowed access to larger windowpanes in Denmark, and Danish windows transformed into what we now know as the late Neoclassical window.

The late Neoclassical window has six panes of equal size, a raised transom and a single muntin in the lower casement. There are strict rules regarding the location of the window in the load-bearing facades of the period. The facade dictated the size, placement, frequency, and division of the windows whose proportions in turn were dictated by the golden principles.

This carefully proportioned window became very popular in its time and many pre-existing windows were replaced with it or even rebuilt to comply with the rules of the Neoclassical window. 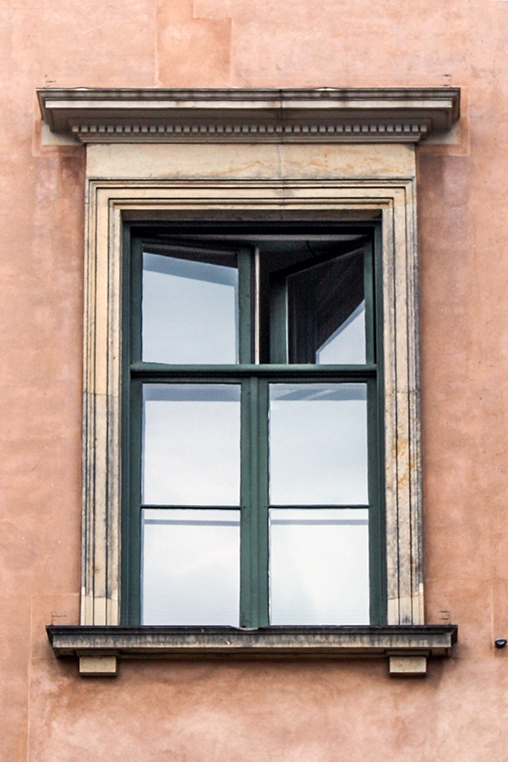