Windows of the Gothic Middle Ages can be recognized by the pointed arch and tall and slender proportions. Gothic windows are stained glass windows, consisting of many small pieces of glass assembled using lead cames. It was impossible to produce stained glass windows in larger dimensions, and smaller sections where often put together using sandstone tracery.

The Gothic windows are often divided in 2 or 3 window sections – bifora (two) - or trifora (three) - where the middle section is the tallest.

The colours of the windowpanes were obtained by staining the glass with opaque colours such as black. Then a pattern was scratched in the surface of the glass, which was then reheated. Thereafter the glass was painted with lead oxides – from the 14th century silver oxides were also used. In the Gothic Age, the motifs were typical based on biblical stories or showed the images of saints. 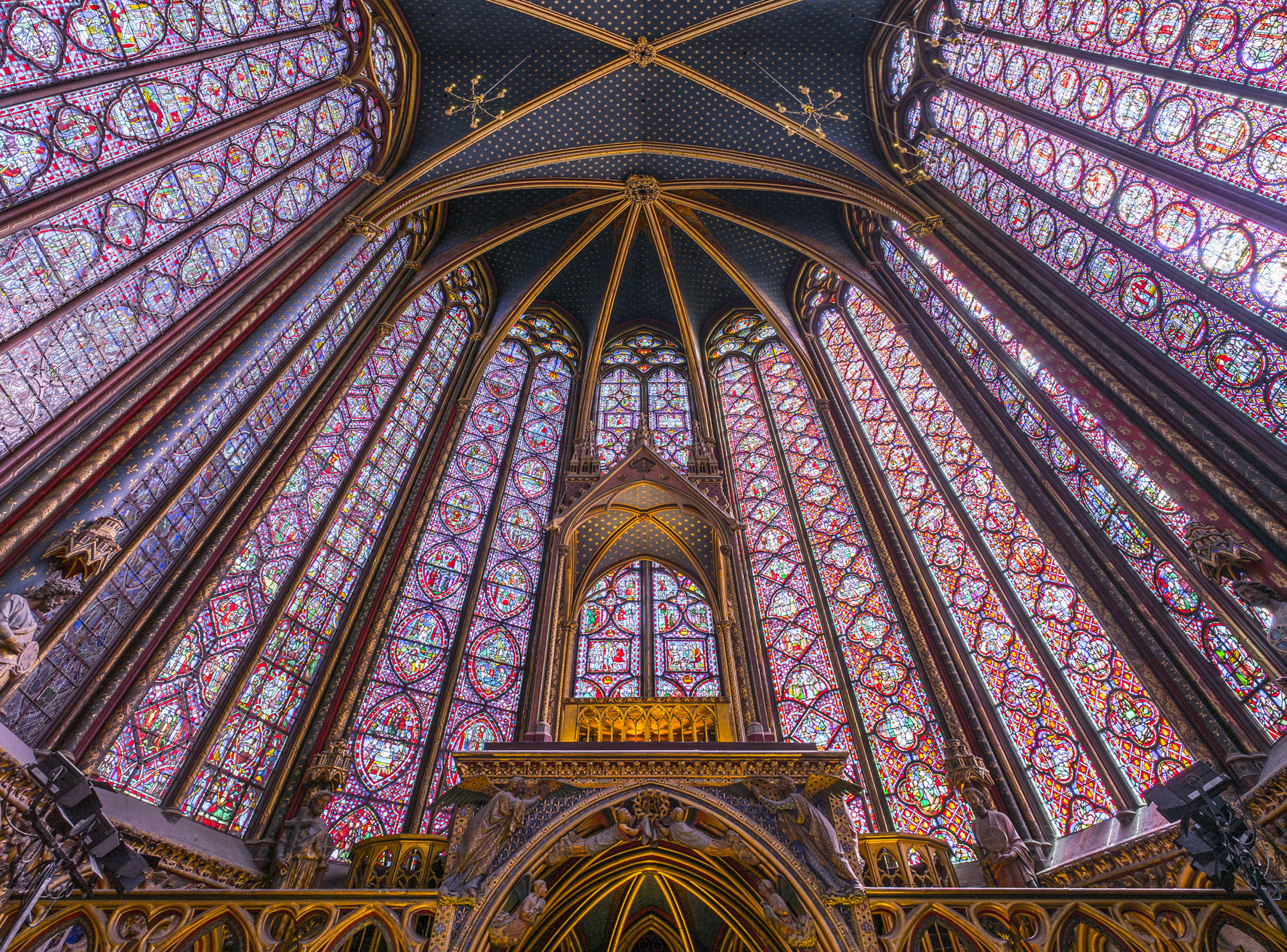