All parts of the window, i.e. frame, casements and muntins are made of cast iron. This material was first introduced in England by the late eighteenth century and became widely used in the rest of Europe by the mid-nineteenth century.

Cast iron made it possible to produce slimmer and stronger muntins. Cast iron windows were often used in factories, public buildings, warehouses and stables. In homes, however, windows with wooden muntins were still preferred, as wood does not conduct heat and cold in the same way as cast iron. 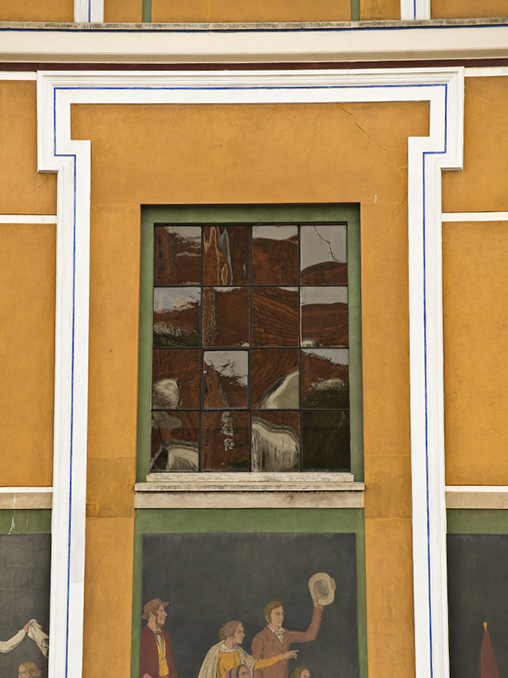