The Romanesque window was introduced around 1000. It is a high-sitting window with a rounded arch set into a thick, bevelled stone wall. The Romanesque style came from the Roman Empire, whose construction techniques were promoted by the Christian Church and utilised for ecclesiastical buildings.

In early Romanesque windows, small pieces of glass were inserted directly into the stone or wood panels. Later, in the 11th century, lead cames were used, making it possible to create larger surfaces of glass, separated only by the thin cames. The small glass squares were positioned on their points to minimise the pressure on the soft cames. Over time, the development of braced iron window frames made it possible to stabilise the glass panes and the leadlights gradually increased in size.

Among the more distinctive types of Romanesque windows was the so-called ”quatrefoil window”, which was shaped like a four-leafed clover. 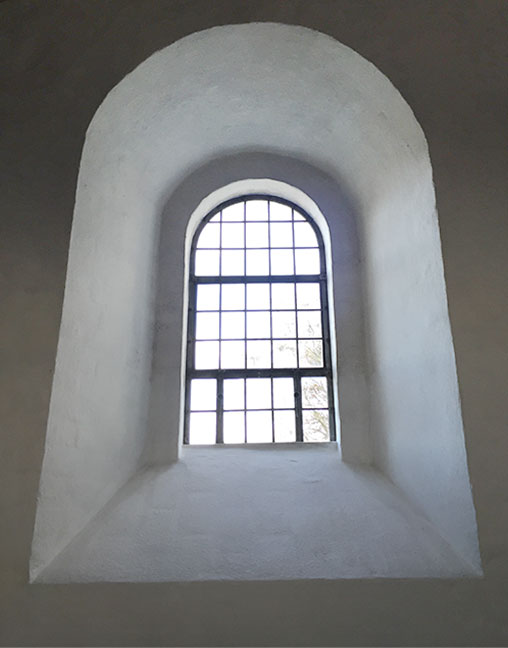