A window from the Neoclassicist architectural period, ca. 1760-1840.

When Norway's glass monopoly was lifted in 1803, it was no longer necessary to transport window glass from Norway to Denmark, and this allowed access to larger windowpanes. There are two versions of the Neoclassicist window; one from before 1803, with small glazing bars and lights, and the six-paned window from after 1803.

Early Neoclassicist windows strongly resemble Rococo windows. It is particularly difficult to tell them apart from the exterior, but from the inside the mullion and transom are thin with a horizontal concave profile toward the inside. The interior and exterior fittings are very simple, with no decorative elements.

The late Neoclassicist window has six square panes of equal measure, a raised transom and a simple glazing bar in the lower frames. The façade dictated the size, placement, frequency and division of the windows whose height was in turn dictated by the height of each storey: a space of 0.3 metres (one foot) was to be left between the window's upper edge and the ceiling, and the window back should be 0.7 – 1.2 metres (2½ - 4 feet). The window's breadth was determined by the window's height in the ratio of 1:2 or 3:5, also known as the golden section. The well-proportioned window became very popular and therefore came to replace many older window types. Some older windows were even rebuilt to conform to the golden rules for a window's division and proportions. 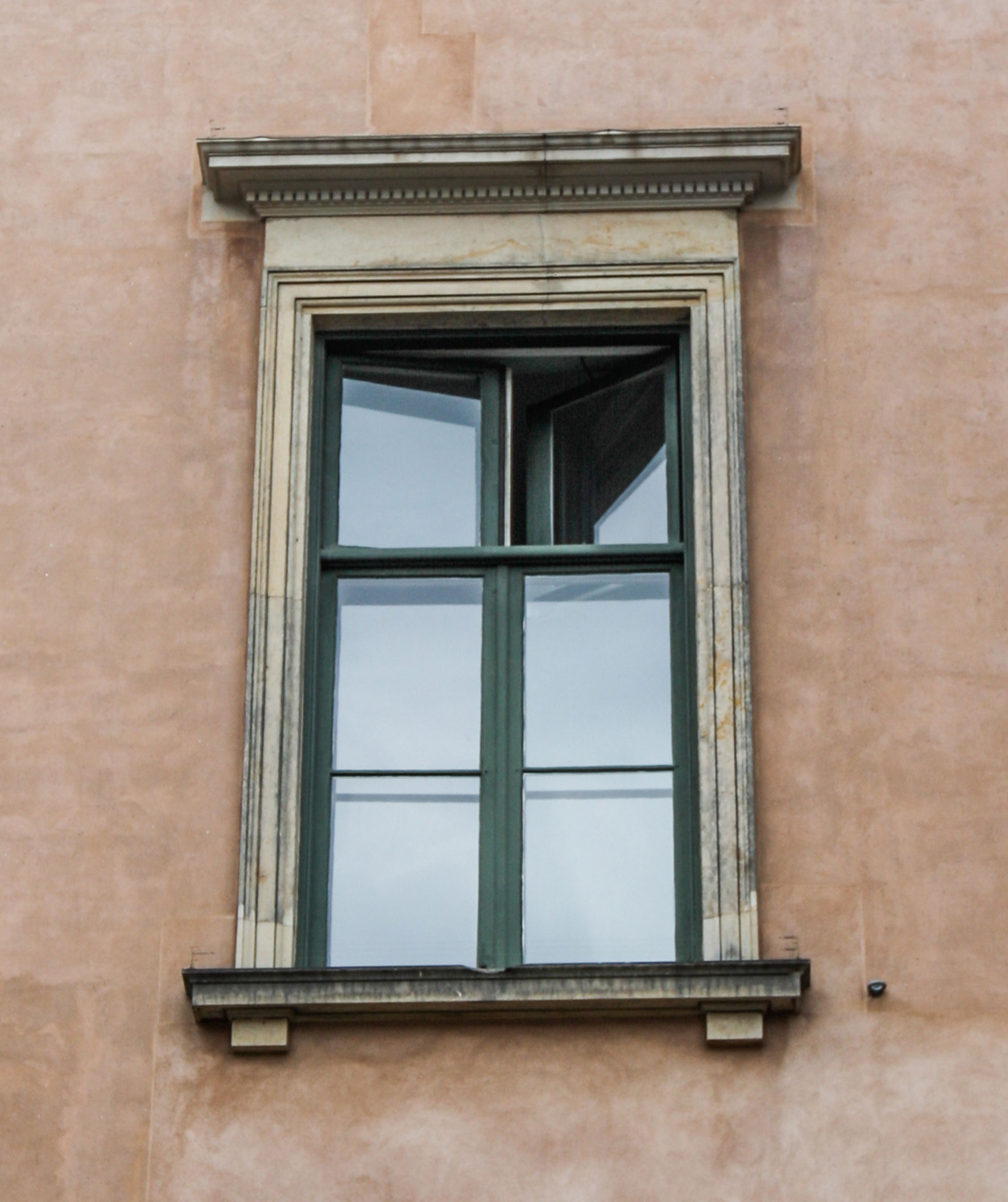