In Birmingham in 1834, the Englishman Robert Lucas Chance (1782-1865) and Frenchman Georges Bontemp developed an improved industrial process for the manufacture of cylinder sheet glass. Production of the glass took off in 1837 and the method was considered groundbreaking as glazing for façades and glass roofs. In 1851 Chance Brothers & Company was asked to deliver glazing to London's Crystal Palace, constructed for the Great Exhibition in the same year. Saint-Gobain also contributed glazing to the same contract.

The building was designed by the architect Joseph Paxton (1802-1865) and measured 560 metres (about 1850 feet) long and 33 metres (about 108 feet) high. The glass constructions in the structure's façades and roof were exceptional. Crystal Palace was later moved from Hyde Park to Upper Norwood, where it gained the name Crystal Palace. The building burnt down in 1936.

Thanks to its 'patent plate' glass, Chance Brothers Company was commissioned for some of London's most prestigious buildings, such as the House of Parliament (1840-60) and the Westminster Palace Clock Tower, better known as Big Ben. The company became Great Britain's foremost name for the production of façade glass, holding a leading position in England's production thereof until the beginning of the 20th century. In 1945, Chance Brothers & Company was overtaken by competitors Pilkington Brothers (Pilkington Glass Company). 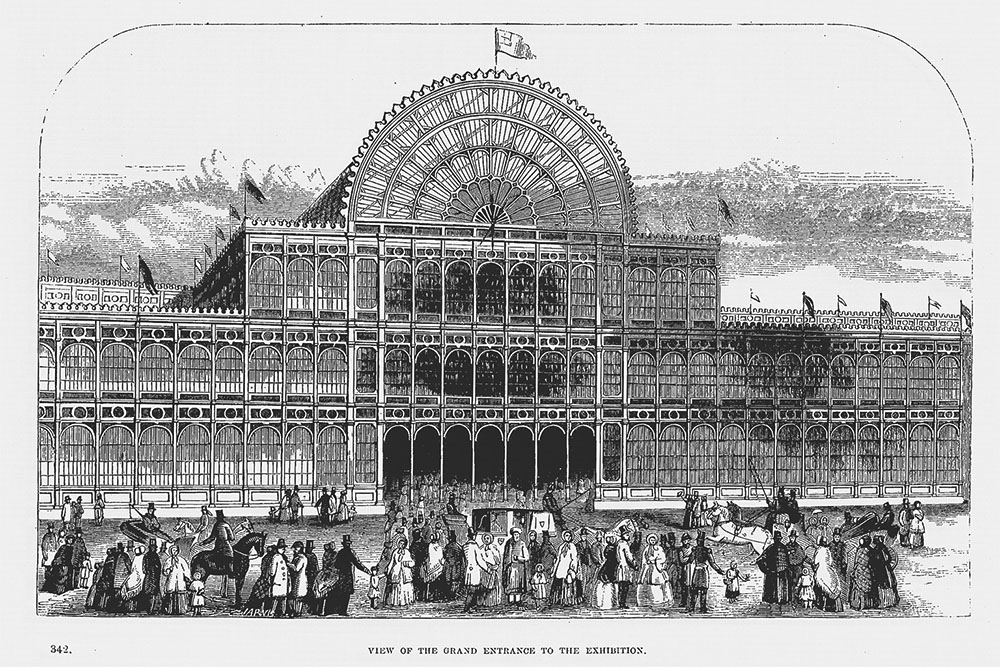