The oldest examples of houses from the Bronze Age resemble the houses built at the end of the Neolithic period. They are longhouses with an east-west orientation and a single row of roof-bearing posts in the middle of the dwelling.

In the late Bronze Age, however, the constructions changed significantly when dwellings were built with three naves; there were now two rows of roof-bearing posts inside the houses, meaning that wider houses could be built. Two doors were always located opposite each other on the house's long side. The wattle and daub walls could be painted, so the houses were brightly coloured.

Like Stone Age dwellings, some of these houses had a smoke hole, or an opening in the roof above the hearth in the middle of the room.

Smoke holes were also called wind eyes or vindauga (Old Norse) – ‘vind’ meaning wind or roof, and ‘auga’ meaning eye or opening; if the opening was located in the gable, it is called an owl hole.

Originally, smoke holes were left completely open, but to provide protection from the wind, cold, and rain, the holes were covered with wood and could be opened and closed from inside. In order to let in light, the wood was eventually replaced by frames covered with translucent materials, for example parchment – a thin, light dried and polished animal skin – or very thin membranes from organs such as the bladder or the amniotic sac. 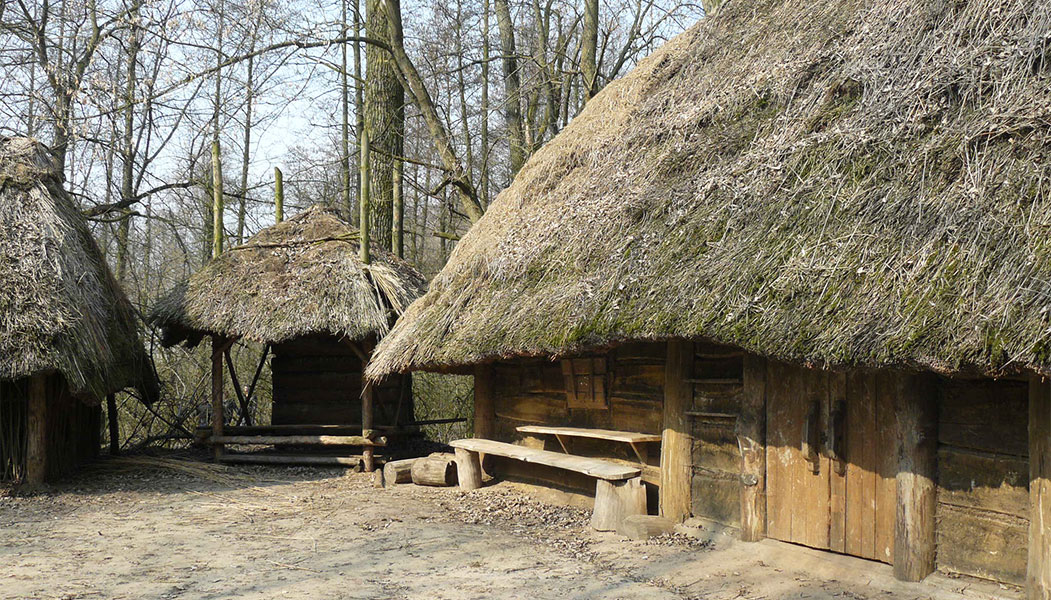 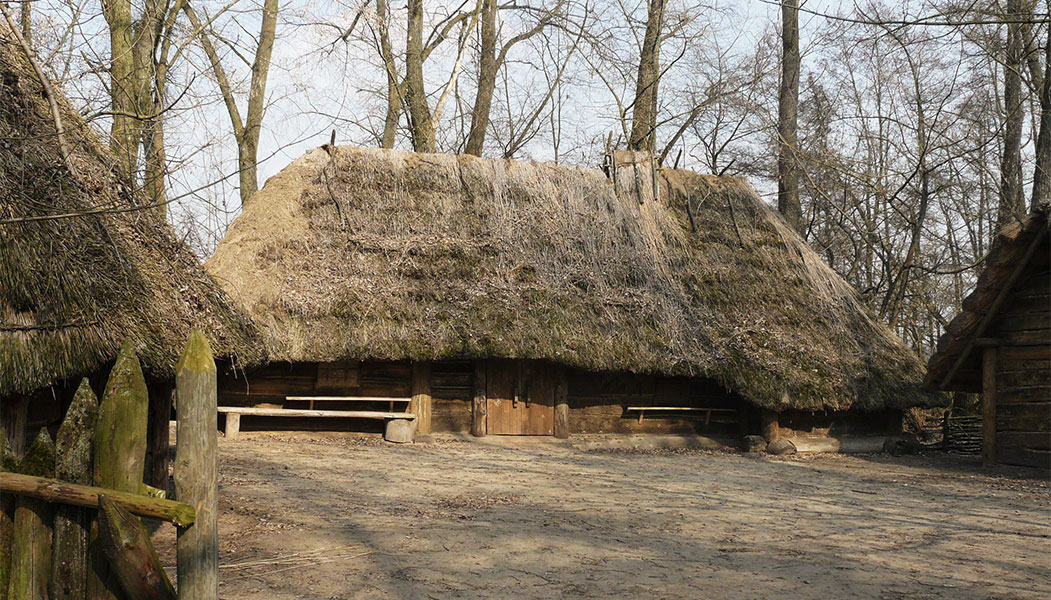