The first relatively clear glass was most probably produced around the first years CE by adding lead oxides, which had a whitening effect. The use of clearer glass became particularly popular in the Roman Empire.

There are numerous examples of early Roman glass, including windowpanes from the first century CE; for example, there is a windowpane in the British Museum from a house near the town of Herculaneum, which was destroyed along with Pompeii, when Mount Vesuvius erupted in the year 79 CE. The cast windowpane measures 54 x 31 cm (about 21 x 12 inches), and was made between 1-70 CE. Bronze window frames measuring 55 x 75 cm (about 21 x 29 inches) were also found in Pompeii, while windows measuring 2 x 2 metres (about 6 x 6 feet) were found in the city's main bathhouse.

Glass production in the Roman Empire was mentioned by the Roman historian and army commander Plinius the Elder (ca. 23-79), who also died during Vesuvius' eruption. Plinius recorded the knowledge of his time and also wrote the encyclopaedic work Naturalis Historia, which comprised 102 volumes, of which only 37 are preserved. It is within these that the production of glass is first mentioned. 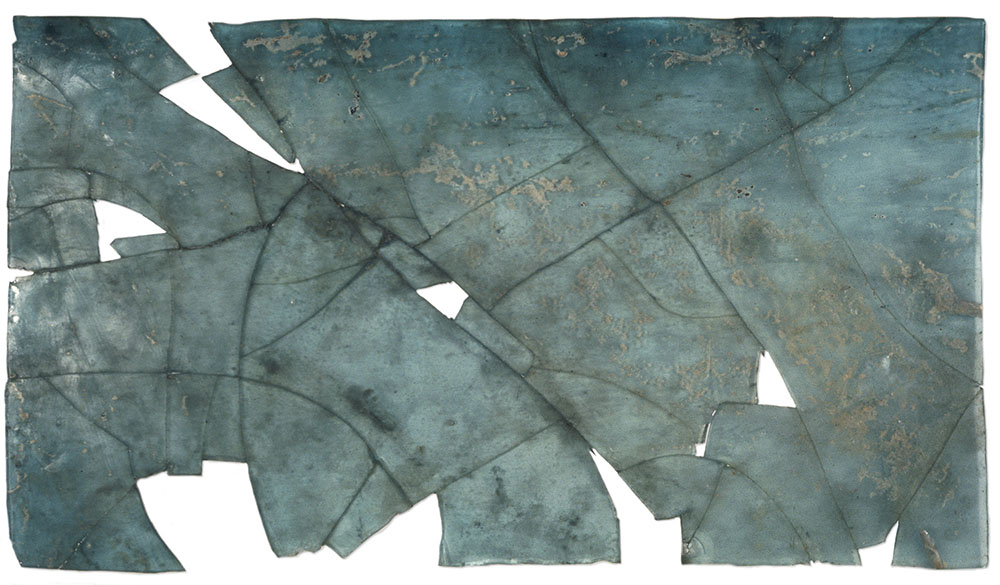